Dealing with microaggression at work

Microaggression is a very real problem in workplaces across the globe - but for many, it's either unknown or misunderstood. As a result, it's an issue that is hugely underreported, leading to problems not only with workplace culture, but with recruitment and retaining talent.

So what is microaggression in the workplace, how does it affect people, and how can it be managed effectively? 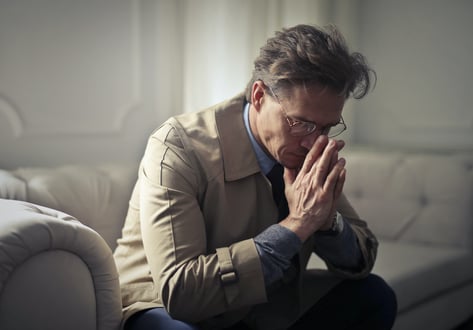 What is microaggression in the workplace?
Put simply, a microaggression is an instance where an individual's biases against marginalised groups are shown in subtle, unintentional or indirect statements that can cause the target to feel insulted or uncomfortable.

It could be an employee of Chinese origin being complimented on their use of English, despite English being their first language. It could be complimenting a woman on her driving skills. It could be telling a lesbian worker that she doesn't look like she's gay.

These microaggressions may not be intended as harmful - they tend to stem from a lack of awareness, rather than from malice. However, when directed at members of marginalised demographics, they can be incredibly problematic.

How does microaggression affect a workforce?
Microaggression in the workplace can affect not just individuals, but the environment as a whole. For individuals, it can lead to lowered self-esteem, anxiety, depression, loss of motivation, insomnia, stress and more. It can have an impact on staff retention, it can lead to feelings of isolation, and may also affect productivity.

Members of the workforce who are targeted by microaggression may understandingly become unwilling to interact with the aggressors, with microaggressive statements causing tension and conflict within a workforce.

Such activity can also demonstrate to third parties - including new hires that an organisation needs to do more when it comes to diversity.

How can microaggression be managed effectively?
The most important factor in managing microaggression in the workplace is education. As it is a subconscious act, making people aware of what microaggression is (including examples) and the effect it can have may help to make team members think more carefully about what they say.

Consider including microaggression in your company's diversity policy, making your team aware of how serious it is, and the measures you plan to take to deal with it.

Ensure that you have a culture of openness so that individuals feel comfortable in raising their concerns about this behaviour, and reporting it when it happens.

Finally, remember that microaggression stems more from a lack of understanding than from malice. Encourage dialogue about the subject to be calm, open and honest, and focus on education rather than discipline.

Whether it's in a professional or personal context, you cannot deny the importance of good...

Cloud services in the broadcast sector

The broadcast industry is adapting to modern streaming solutions which means cloud technologies...