10 interview questions you should never ask 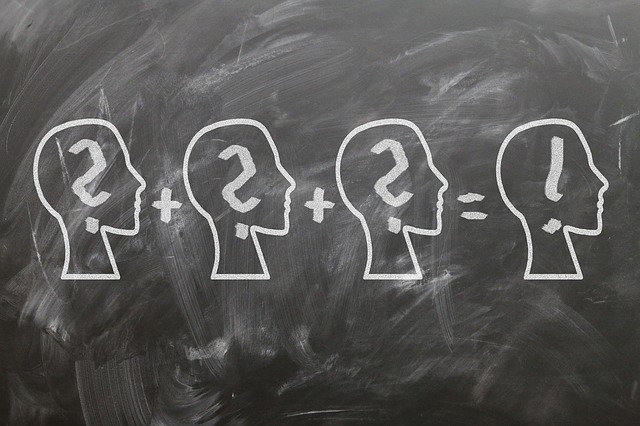 We often think of a job interview as purely a challenge for the potential candidate. Consider the situation more carefully and you will realise it as a challenge for the employer as well. As an employer, you must make sure that you are asking the right questions at a job interview. You need to ask questions that are precise enough to get the information you want. Otherwise, candidates may go off on a tangent that has no relevance to the position at all.

They may be right for the job, but you’ll never figure that out because you didn’t ask the right question. However, a greater issue presented by the job interview for the employer is legal lines. When you ask a question at a job interview, you might be crossing a legal line. This can lead to claims or discrimination that could damage your company. That’s why you need to be careful to avoid particular questions in an interview.

1) Are You From The Local Area And What Is Your First Language?

Employers can ask whether candidates are eligible to work in the country. This can be seen as protecting your business from hiring illegal workers. That said, any question about nationality or language could be seen as discrimination. It’s understandable why employers want to know the candidate’s first language. They want to make sure that they can easily communicate with the largest majority of customers or clients. However, if you do this, the candidate may have evidence for a discrimination claim. If they don’t get the job they can make the assertion they were not hired because they were not English, American, etc. By putting your business in the position, you could leave yourself open to a long and expensive lawsuit.

Again, this is a question that can be related to ageism. The courts are becoming more aware of issues relating to ageism in the workplace. Life expectancy is continuously growing in the developed world, and this means that older workers are going to be looking for jobs. Many employers may be wary of hiring older workers if they believe they will retire soon. If they are thinking in the long term, they may look for younger employees. However, unless you can show they would not be able to complete the job, you can be sued for discrimination. Instead, you can ask if an employee is over eighteen to make sure it is legal for them to work for you.

3) What Do You Do In Your Spare Time?

Employers often ask this question to break the ice during an interview. It might allow the employer to feel more relaxed in the early stages. However, you want to avoid focusing on these types of questions at the later stage of the interview. Again, it can allow the interviewee to get completely off topic, and you will need to reel them back in. You may get a lot of information about the candidate, but very little that helps you determine whether they are right for the job. As well as this, asking personal questions in an interview can be deemed as inappropriate. For instance, you should never question whether an employee smokes or drinks in their spare time.

4) What Is Your Religion?

Religious belief are never going to be relevant for a job interview and should not be raised. In fact, this is an aspect of the personal life that should always remain private. If a candidate mentions their religious belief, you may follow up. However, even then it is usually best to steer clear from this topic. Religious belief is never going to be an issue that could affect how someone performs in a job. Any doubt over issues with religion can be solved by asking candidates how they would handle customers. This is the fear you are trying to dispel if you ask about religious belief. You want to make sure customers do not feel comfortable with the candidate. As long as they know how to handle customers, this will not be an issue.

This may seem like a relevant question that is going to give you vital information about the employee. You are trying to assess whether they are a suitable distance away to commute. However, not all employees will travel the same distance to get to work. Some are happy to spend an hour driving while others would rather just make a five-minute trip. If you dismiss a candidate due to this answer, you may have made a mistake. They might have been more than happy to travel an hour to get to work on time, each day.

6) Do You Want To Continue The Interview Somewhere Else?

If you guessed this could be linked to sexual harassment, you’re correct. Asking if an interviewee would like to join you for drinks to further discuss the position is something you should never do. Similar suggestions to avoid are driving them home or going back to your home. Interviews should always be conducted in an office and by asking this question you can make interviewees feel harmless. It happens all the time, particularly when employers think they have found the right candidate. Or, if they want to discover how candidates handle themselves in social situations. However, there is no doubt many candidates will see this type of behavior as crossing the line.

Many employers want to hire workers that create a certain image for their business. Particularly, if the role requires liaising with clients. They may want to build the image of a family business with family men and women working there. It’s understandable, yet still not question you can ask without crossing a line. Remember, there is no reason why you should be asking any questions about the employee's personal life. As we have already discussed, it can be used to make the employee feel more comfortable. However, unless they disclose the information without pressure, you may be crossing an ethical line. This also rules out any questions based on sexual preference or belief.

8) Do You Want Children

In the past, this was a question that was frequently asked at interviews. Particularly when employers were interviewing female candidates. Employers were trying to avoid having to pay maternity leave which is a requirement by law. These days, employers would be encouraged to never bring up this particular question. Typically, you’ll find interested candidates will raise this question themselves. By allowing the candidate to raise the question you avoid falling into a legal pit.

If there has been a recent political event, you may question an employee about who they voted for. In the past, this was rarely brought up. However, in the new age of social media, it is becoming more common for people to openly disclose their political preferences. This has led many to believe it is now appropriate to ask the question. It isn’t, and an employer, or potential employer should never ask about political preferences. Even bringing up the question is crossing a line. There are three topics that should always be avoided in polite conversation. These are politics, belief, and finances. As such, they should never be brought up in a job interview by an employer.

10) What Is Your Financial Situation?

Employers may be interested in finding out how much the candidate is currently being paid. This is an acceptable question. However, you can not inquire directly about the candidate’s personal financial situation. You should not ask about issues such as bankruptcy or debt. This has no relevance as to whether or not the employee would be a good hire.