The Worst Advice We've Ever Heard About How To Fire Someone 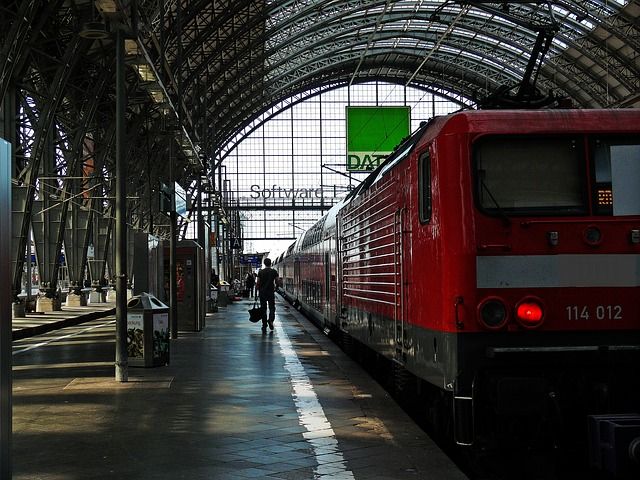 Hiring and firing - they are two of the toughest things to do right when it comes to running a business. Or, at least, they should be. There are ways and means of doing things, and many bosses are guilty of firing people the wrong way. Here are some of the worst ideas about how to fire someone that we have ever heard.

It makes no sense to fire someone quickly - despite what you might feel about the person involved. Of course, there are occasions of gross misconduct when it is necessary, but, in general, terms, it’s a little shortsighted. There are a few reasons why. First of all, there are the costs to your business. It costs money to hire someone, from the advertising to attract the talent, to the time you need to take out of your day for interviews. No employee is just going to walk in through the door and start working for you, either. It’s going to cost you a lot of money in training and getting them up to speed. Then, of course, you have to pay them, which is a large part of any employer’s cost of sale. So, don’t just first someone because you don’t like their face anymore - it’s more damaging to your bottom line than you might think.

Moving on from the fast fire point, it’s important that you follow procedure down to the last detail. There are strict laws and regulations in place that you need to follow, which your HR department will happily go through with you. Your employees will need a warning, and it could lead to trouble if you fire them without any previous action. If an employee has been with you for a certain time, you can’t just sack them without reason, or you may face a tribunal or legal action.

It’s astonishing that so many bosses out there will happily fire someone via text, email, or phone call. It’s not a good look for you if you go down this route, so always hold a face-to-face meeting. It’s a simple courtesy to front up to your decisions that could have a severe impact on someone else’s life. So, don’t hide behind your telephone or a letter - it just isn’t fair.

In certain industries, it is necessary for anyone being fired to get an escort out of the building. The finance world is the perfect example, and, of course, there are occasions when the police might be involved. But, the number of businesses that do this as practice is astonishing - and it is, for the most part, unnecessary. Not only does it make you look like an employer that doesn’t trust your people, but it also puts everyone in an uncomfortable position. You might not like that particular employee, but the chances are they have friends. And, when they see you treating someone in such an abominable way, they might have a big issue that they will want to resolve at some point. That could mean a lot of arguments, a drop in productivity, or even a large-scale walkout.

The drawn out affair

You don’t need to go into every last piece of detail when you sack someone. It is a waste of your time, for a start, and it is also cruel to the employee. Of course, the other party will want to know why they are facing the chop, but there is no need to go into too many details. If it’s performance issues, just say that, rather than tearing them apart with a breakdown of every failure. Let them know the basics, without attributing any blame or bad feeling. Then, just wish them well, and that’s all there is to it.

The firing process can be emotional, and it has the potential to explode. But, it is your responsibility to ensure that you keep your cool - and you can’t expect the other party to keep theirs. Make sure that you are open, honest, and as friendly as you can be. You aren’t there to demean anyone, or hurt anyone. And, you have to be prepared to take some verbal shots without rising to them. If any shouting breaks out - or worse, fisticuffs - it’s going to put a big query on your leadership skills and discipline. That’s not something that a boss of a company needs to face.

Moving on from the point about fights and arguments, it’s important to have witnesses on the scene whenever you fire someone. Without a witness, you might find yourself subject to a legal case, which will be expensive and a waste of your time. Always, then, get a second employee to sit in with you. Human resources employees are a good fit for being a witness, as they will know what to say if you are struggling. It will help things reach completion to have someone there that knows the rules and regulations.

If you are firing someone, that’s it. Don’t leave any doubt in the employee’s mind that things might be any different. It can be hard to hear that you have lost your job. And, there are plenty of people that will cling on to any little sentence that makes the situation ambiguous. You should have spent a long time thinking hard about your decision, so make sure that you articulate your thoughts in a coherent way. Avoid using jargon, and explain the situation in layman’s terms, leaving no doubt about the outcome.

Another reason for thinking long and hard about sacking an employee is that there is a lot to do. For example, if you sack someone with no preparation, you might forget about their access to your IT systems. If your employee can get into their system account and feel disgruntled about the situation, they can cause havoc. Make sure that you have a firing checklist in place, and tick every box while you are going through the process.

Have you ever had to fire someone? Let us know your good or bad experiences below.